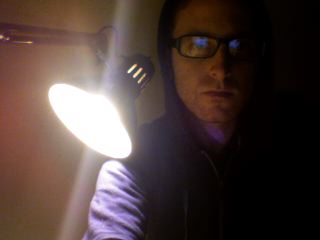 click for remote window
IM me
My main portfolio site is https://www.ericthomasbostrom.com

Combining obsessive detail-oriented mark making with a myriad of non-traditional materials, Eric Thomas Bostrom produces hybrid drawings that are fluid, dreamlike, psycho-sexual surrealist images. These images are fueled by biology, mechanics and anatomy to evoke a primal sexuality with an undertone of the occult.

A born draftsman, Eric Thomas Bostrom received a BA in Studio Art at Sonoma State University under a split emphasis encompassing traditional printmaking and oil painting. As such, his work blurs the line between painting and drawing, employing classic techniques with modern materials.

Eric Thomas Bostrom has shown internationally in such places as Melbourne Australia, Tucheng City Taiwan, Vancouver Canada, Los Angeles California and many places in between. His work has been shown alongside and participated in groupshows featuring Andy Warhol, Audrey Kawasaki, Joao Ruas, Travis Louie, Luke Chueh, Brian Viveros and many more. Eric Thomas Bostrom currently resides in Santa Rosa, California with his wife and daughter.

I work primarily in ballpoint using col-erase light blue and red underneath to give texture to the lines. The addition of gesso makes for wild hues and the occasional application of plain rubbing alcohol creates an array of purples. Additionally, I utilize black sharpie and black matte spraypaint.

Thank you for your interest

If you would like to purchase something please email me.